Why I stalked a Maori man for four days 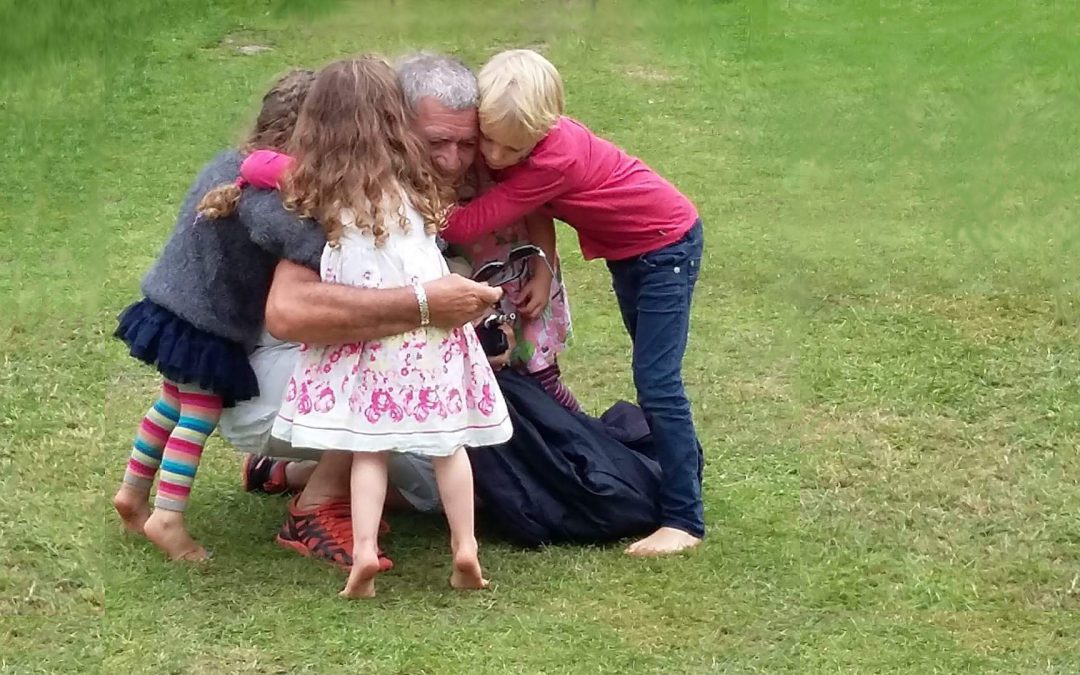 A blog in English today, to honor my brother from the other side of the globe, Toroa Aperahama, for his English is much better than his Dutch (at the moment), and my ancient Maori is about as good as my Russian… (let’s not go there). The man who unknowingly answered a big question I didn’t know I had.

Memorable stories
I met Toroa this summer at a KIVA gathering in Borculo. There he was one of the elders or shamans from indigenous tribes from all around the globe, coming together to do their ceremonies for Mother Earth in the KIVA (a ceremonial space shaped like a walk-in medicine wheel). The energies of his rituals were so strong I felt there was no way I could not attend his ‘workshop’ in the big tent later that first day. I ended up attending all of his talks the four days the KIVA gathering took place.

In the big tent Toroa was a different man. More accessible in his non-ceremony clothes. Very humble and kind. He said he wasn’t good in telling stories, so we just should ask the questions that we had. 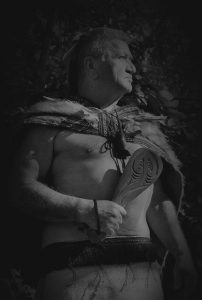 And in the answers, he told the most beautiful stories I’ve ever heard. He told about his upbringing in a ‘Maori’ tribe that went underground to teach him the ancient ways. About a ceremony in which he named all his ancestors as far back as approximately the year 450 in our count. About his arrival at Schiphol Airport where thousands of our ancestors had welcomed and humbled him. About canoes, misunderstandings about his culture and good and bad anger. The latter where you hurt innocent people, the first you use to protect the ones you love from harm. About the famous ‘Haka’ dance being a ritual to get the warriors ready for battle in a good anger state. And that the real Haka is only performed right if you draw blood on your own chest with your fingernails. But also about the counter ritual:

Warriors that came back from a fight in no exception were allowed to enter the village or touch anyone or anything until they were cleared of their aggressive energies. How this was done, was by having them lie down on their backs on the ground. Then the women of the village stepped over the men, right over their bellybutton. Because that is the place on the body where everybody is always connected to Mother Earth, to the ground (the word for ‘placenta’ in ancient Maori is the same as the word for land/ground/territory). This was a very powerful ritual as it cleared the men instantly. Being stepped over by a woman in her period was even more powerful, since she was so much more connected to earth and her strength in this time of month.

Lost knowledge
And it struck me: all I knew about the Maori was the Haka and a bit of tattooing (the ‘meaningless’(?!) ‘tribal’ ones). That’s like tourists only knowing about windmills, tulips and drugs from the Netherlands (Wake up people, we also ride a lot of bikes!). Aka, I didn’t know a tiny little thing about the Maori, let alone the ancient Maori. And yet every story Toroa told, felt like home to me. The way they dealt with what live gave them. The way they saw relationships, how they gathered their food in harmony with nature, how they dealt with ‘mental illness’ and people of old age. How they communicate with their ancestors. Their ‘hierarchy’… I had to talk to this man about this way of life, his tribe, his work, my work… So, I stalked him around the KIVA. As did over a 150 other people. The bloke was never alone! He clearly eradiated something that was very attractive to us Dutch people, no, to us Europeans (the attendees were of all kinds of nationalities). He had something we suddenly felt we needed to replenish, something we forgot we missed since ages. Something we longed for, so bad for so long. Something we needed dearly, without being able to name it. Something that finally filled the black hole in our daily lives we got so used to. He had that… and it was magnetic.

A magnetic way of being
Just the way he told us about himself as a young boy, ocean fishing for abalone. How he learned to remove a rock very carefully. How the first abalone goes back into the ocean, as an offering, a way to thank the ocean. How he left the big ones to breed and only took the smaller ones before he put the rock back, exactly as it was. How not thanking the ocean would make the seventh wave a wave that knocked him of his feet for sure, because that was what he learned. By his elders as well as by experience. To us that may sound a bit superstitious. But I see it as a way of living in reality and dreamtime at the same time. Like all the rest of nature does. Therefore, the seventh wave that does or doesn’t knock you over is a way of communicating with the ocean. And not of ‘bad luck’ as our culture likes to identify such events (talking about superstition…). Like he called on his tribe’s totem, the hammerhead shark, in dreamtime, to teach him how to dive real deep and long. So, in reality he trained himself to hold his breath for several minutes. Which helped him as a young boy gather seafood for his family to eat.

His stories were magnetic, his whole being was. Like a thing he walks around in, like it’s his aura. Attractive and mindboggling. Black hole filling. Must have.

Ancestors
Some of the questions people asked him in his talks during the KIVA gathering were about his tribe, his culture. Some questions were more about the questioner’s personal issues. To the really personal concerns he answered: “I really don’t know. That’s something you should ask your own ancestors.” The people who asked these questions nodded hopeful. ‘Yes, that is it! Of course, the answer lies with my ancestors,’ was the brief light in their eyes. Just before it dawned on them they had no idea how to contact their ancestors. Those people from the era without smartphone, e-mail, let alone a physical body with an address… Or if they had the means to contact them, the look on their face showed something like, ‘well, I know them, they really messed up in their days, what can they possibly say to help me now?’ Not that Toroa noticed. He was busy listening to the next question, totally convinced we are able to connect as naturally with all our ancestors, as he does with his. Or ours for that matter, since they massively welcomed him at Schiphol…

Later, when I got to speak with him privately for a whole day, mid November, he told me it wondered him that people of my culture did a lot of ceremonies but seemed oblivious to those who came before us. He told me he needed to point it out to people that their predecessors were there for us to meet. Immediately after we invited them, even without the ceremony. That made me think. Why, and where, did we lost contact with our ancestors? Why do we associate our foremothers and –fathers with the burden of shame, guilt and sin? Is it the religions we lived in for so long, or were those there to replace the contact we lost with our ancestors even before religion came around? My heart says the latter, but either way, our bond with our ancestors could use some work…

And again, it hit me, the feeling I had when I first heard Toroa tell his tales, his being, the magnetism in his stories about his culture, the thing we lost that left a dark hole in our daily lives: it was tribe. Tribe, group of people bound together by ways greater than thought, or rules or borders. People who share their food, their homes, their territory. Who share their blood, their lives, their love. Not only with each other, but with nature as well. And the ancestors of the people in a tribe are a vital part. Without them the tribe is lost. And we, we not only lost contact with our ancestors, we lost our tribes as well over here. But Toroa grew up in one. This tribal living, the rituals, the togetherness, but also the mixing of day- and dreamtime, in harmony with nature, trusting on life and each other because we belong together. That is what we miss so much. We have no tribes anymore, we have awkward family dinners. We’re all individuals…

How
And with that a big HOW appears: how are we going to fix that? Can we fix it at all?

I’ve hoped we can. I even give workshops about tribe that prove we can. And still the discrepancy between his tribal glow and our lonely individualism made my doubt grow bigger than my chest. Our tribes are dead. Ended. Finito. But then Toroa answered this unpronounced question that was pounding on me: how? Right there in the big tent at the KIVA. It was the answers to two different questions of other people combined: First, he said that everything always changes. Even though in our minds we want things to stay the same. Even though we move in circles, like the seasons, everything always changes. In the smallest details, as in the grand scheme of things. Everything always changes. It’s the circle of life. Then he answered someone that a real ending is also always a new beginning.

And then I knew: tribe has ended over here. Our tribes are dead. Ended. Finito. And that needed to be done. To make room for a new kind of tribe, a new beginning of tribal living. Not based on race, or homeland or tradition like the traditional tribes. But based on affection and relation. Intercultural, interracial, international. Tribe 2.0. Not traditional, but affectional tribes. And in that light, I can’t wait to give my workshop about making this new tribes again! Meeting Tribe in a human form adds a whole new layer, deepens the work (and I can name the key positions in the tribe also in ancient Maori now 😉 ).

So, with deep respect and gratitude I Kia Ora (greet) Toroa. Thank you so much for your wisdom my friend. Till soon. 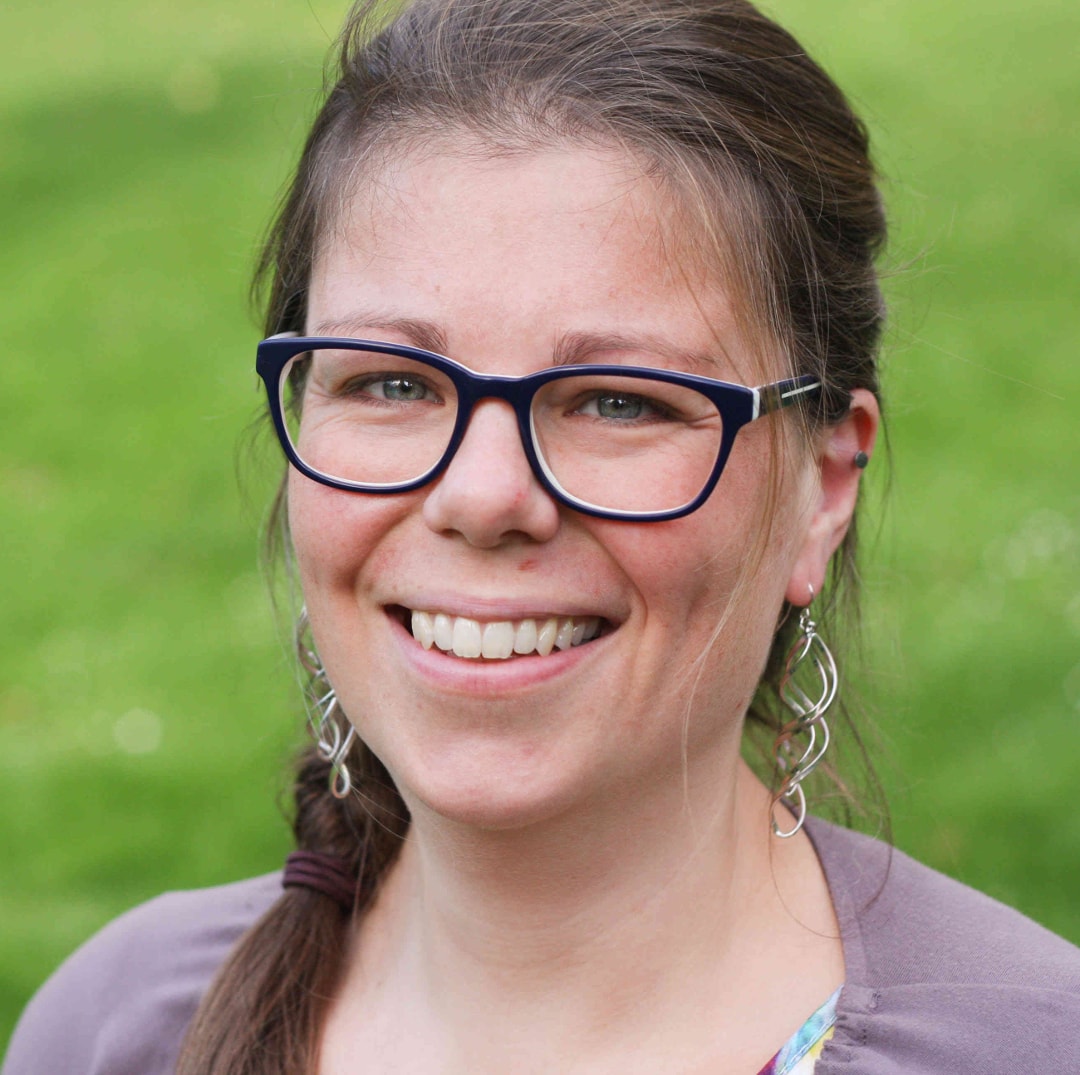